Why Palo Alto, you ask?

Well, as much as we loved our time at Pier 38, for some time we’ve been thinking about how and where to further evolve the SF area Lab.  We picked the Pier as the home of @dogpatchlabs a couple of years ago in large part because of its location  —  right in the heart of a fast-growing neighborhood with great vibe for entrepreneurs & innovators.

That still is true for Mission, SOMA and the Pier area.  Ryan Spoon has done an incredible job over the couple of years in attracting, selecting and investing in some really special companies and teams.

But today, we feel also that PA — and specifically, University Ave. area — has now also quickly evolved into that kind of place.   The tech start-up vibe that has been building for the past couple of years across Consumer Internet, SaaS, infrastructure, mobile and other really interesting areas of tech innovation — as well as its standing as  a “home base” for Calif.  Life Sciences investment — is exceptional.

The breadth of tech activity developing every day in PA reflects the diversity in innovation that defines @dogpatchlabs in NYC and Cambridge.  The diverse areas in which Polaris actively works & invests.   Our vision and plan for @dogpatchlabs 2.0 in Silicon Valley  is to continue to attract & select great entrepreneurs and start-ups.  But also increasingly, from across these diverse areas.  Ryan and now also Gus Weber will lead the charge on the next chapters of @dogpatchlabs growth on the west coast.

PA is the gravity center for Technology in this country.  And it is the home of Stanford University.  And the University Ave. area is “ground zero” to much of the next generation of innovation.  This is absolutely not to take anything away from SF.  But start-up diversity and density clearly stand out in PA.

Much of what @dogpatchlabs is all about — enabling great folks to cross-collaborate in an “open source” environment — has been amplified by location.  Having a density of other like-minded innovators really close to each other.  That’s why the NYC lab is located in the heart of Union Square, the Cambridge Lab was placed smack in the middle of Kendall Square, and why the Pier was such a great place for Consumer Internet innovation.

Like Palo Alto, the new Dublin Lab (also announced today) is located smack in the middle of in a neighborhood of exploding innovation.  It’s within steps of a workforce of thousands at Google, Microsoft, Facebook, Zynga, PayPal and others. 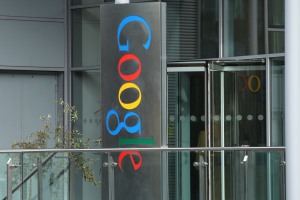 8 of the world’s 10 largest internet companies have significant locations in the Docklands area surrounding the Dublin Lab.  Many of the world’s largest pharmaceutical companies have operations in the community.  And like Stanford in Palo Alto, the Lab will draw on the nearby talent springing from Trinity and University College, Dublin.  Great potential synergy,  a ready and motivated potential workforce, and great academic thought leadership are all present in Dublin.

Here’s our Release on @dogpatchlabs Dublin from earlier today.

Enda Kenny, TD, Ireland’s Taoseach (Prime Minister), declared at the Dublin Lab opening this morning that @dogpatchlabs has potential “to play a key part in the jigsaw to help to make Ireland the best small country in the world in which to start and conduct business”. 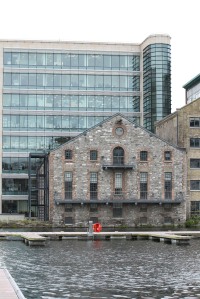 We believe Dublin has potential to grow to become a hub and beacon for start-up innovation throughout Europe.

Noel’s already led the way  in selecting a great roster on charter residents for the Lab.  Residents who not only come from Dublin, but also from places like the UK, Russia and Eastern Europe.  And some team members that come right out of both Trinity and UcD.

And so we’re really looking forward to getting started.

For all the reasons it makes sense to write the next chapter of @dogpatchlabs in the University Avenue area, it makes sense for the Polaris partnership to be based there on the west coast.  Brian Chee & Ryan Spoon will move their office adjoining the Lab on the Pier to the south.

And my partners Jason Trevisan, Peter Flint, Amir Nashat — and myself — each have a sizeable portion of our portfolios in the area.  And a healthy percentage of the entrepreneurs we closely work with are also nearby.  We’re all thrilled to have a great base of operations off University – not that we don’t love meeting folks at the University Café – but now it will be choice and not by necessity . 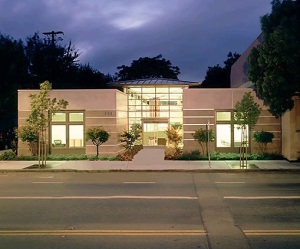 We’re jacked about all three announcements today and look forward to being incredibly-active contributors in each of the four @dogpatchlabs communities across the US – and now Europe :).